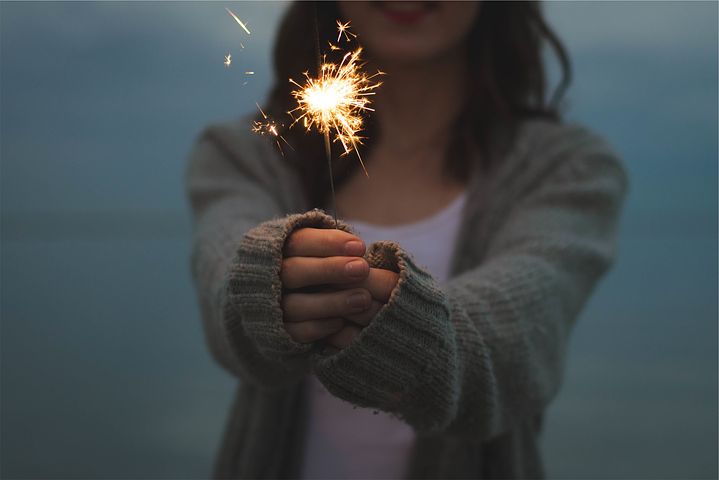 Well guys 2015 is coming to a close. My life has been filled with weird years and this one might top the list. I want to take this post to talk about some recent revelations of

Well guys 2015 is coming to a close. My life has been filled with weird years and this one might top the list.

I want to take this post to talk about some recent revelations of mine and where the direction of my life and this blog are going.

Let’s get it started.

2015 began with me heading back to Tampa after spending winter break back home in Connecticut.

I was living on-campus with the world’s lamest roommates, so I wasn’t too excited to get back.

I also had begun to despise Tampa. It was fun for the first few months I was there (probably because it was new), but after that I couldn’t stand it.

The people are the rudest I’ve ever seen, and the girls are absolute trash.

At the time, I was still going out pretty regularly and was literally addicted to online dating. I would be messaging girls 24/7 and it would consume me.

I would be meeting new girls all the time and each time I met up with one I’d hate myself afterwords.

I was so disinterested in these girls, but I thought that I “needed” to have sex all the time.

So I would go through the motions and hookup with these girls, providing me no form of satisfaction.

When I first began sleeping with a lot of girls, I would be super excited after each lay.

But after each new lay, the period of excitement would diminish.

Eventually, the only time I enjoyed having sex was if I got a crazy/funny story out of it.

I began to realize how bad and addicting this behavior had become for me, so I finally put a stop to it. I deleted all my dating profiles and really focused on Loser 2 Winner.

I was reading a lot of really great business books, listening to a lot of dope podcasts, and reading a bunch of stuff online about internet marketing.

I fucking loved learning about online business and it became the only thing I cared about.

I was working all the time on the blog, and I started my Kratom affiliation with Happy Hippo in the first quarter of 2015.

Things quickly took off and I was making some money while I slept, the best feeling in the world.

I was basically just going to class, working on the blog, and going to the bar a few times a week.

Then the summer came, and I landed an internship in commercial real estate.

I enjoyed the job and the majority of the people I worked with, but it just took so much time and energy.

I would wake up and go to work, and by the time I got home I’d be so exhausted I’d just get high, watch Netflix, and rack out.

I also hated that I couldn’t be myself at work, and I had to watch everything I said. Inter-office politics are such bullshit and I hate being apart of all that.

During the summer I also started The Kray Train YouTube channel. I took that down after a few months though, mainly because it took too much time and I didn’t like dealing with all the losers on YouTube.

Additionally, I created the How To Have A Killer College Social Life Series, which became an 8-part series that I turned into a free book after the summer ended.

The book led to a lot of new traffic and subscribers on the blog, which is exactly what I was shooting for. I also started privately coaching some of you guys which has been great. I want to help as many of you as possible.

In about one year, the blog grew from basically no-one to a total of 50,000 unique visitors.

After the summer ended, my internship also ended, and class began. I started getting extremely disinterested in school and started to wonder if I even wanted a degree.

I started going to the bar again, but even got disinterested in that. I just felt so much more mature and smarter than everyone else in school.

Going to the bar started to feel like how online dating used to feel; just a complete waste of time. I wasn’t enjoying it anymore.

So I cut the bar out, and again started using my time to learn more about online business.

One day I came across this guy who had an awesome drop-shipping course. Ever since I learned what drop-shipping was a few years ago, I always wanted to do it.

So I bought the course in November and built my store for a month and a half before officially launching it last week.

I would show you guys, but ecommerce niches are extremely competitive. Maybe once my store becomes more established I will share it with you.

Drop-shipping was the straw that broke the camels back, as I fully came to the realization that I don’t want to work a traditional job ever again.

I love working online, whether it be here helping you guys out, or on my store selling product.

Not trying to be arrogant or anything, but I was born to do this stuff.

This revelation all led to this month when I came home to Connecticut for winter break again.

The first thing my mom did when I got home was that she took a look at my grades. She was heartbroken. Subconsciously I think I just stopped trying in school.

I had no choice but to tell her what I’ve been up to and tell her I didn’t want to complete my degree.

She was crying because she’s been dreaming of my graduation since I was born. I totally let her down and it was an awful night.

Thankfully, things have since calmed down.

In a few weeks, I’m taking a flight back to Tampa, packing all my stuff in my car, and driving 24 hours back to Connecticut.

I will be staying here for a few months to save up some money, and then will be leaving the country.

There is so much amazing stuff going on in Chiang Mai and other parts of the world, that I just have to be a part of it.

I’m going to grow this blog and my store from abroad, and be with other entrepreneurs who think the same way as me.

There’s nothing left for me in America, as I’ve been struggling to connect with people since I’ve started my journey in online business.

I just think and act completely different than everyone else.

I’ve learned so much this year, that my mind has permanently changed for the better. I completely swallowed the red pill.

All in all, I look forward to continue to share my knowledge with you guys, as I have pages and pages of stuff to talk about.

Since I won’t be in school anymore, I’ll also have more time to write on here. Expect a post every week instead of my usual 3 posts a month.

I also want to thank everyone who has supported me thus far, especially Chris from Good Looking Loser.

Finding Chris’s material probably saved my life a few years ago, and then he featured me on his podcast which started the rise of Loser 2 Winner.

Thank you Chris and thank you everyone that is reading this right now. You guys have seriously changed my life.

To wrap things up, I want you guys to reflect on your year as well. Write it down somewhere and post a brief version in the comments below.

It’s really good to see exactly what you did each year so you can reflect and make changes for the new year.

I can’t stress how important it is to make changes. They obviously don’t have to be as big or drastic as mine, but living the same life year after year is insane.

I look forward to seeing what 2016 brings both you and me.

If you ever want to talk, send me an email and I’ll be happy to help.

Let’s kill it this year – Brian